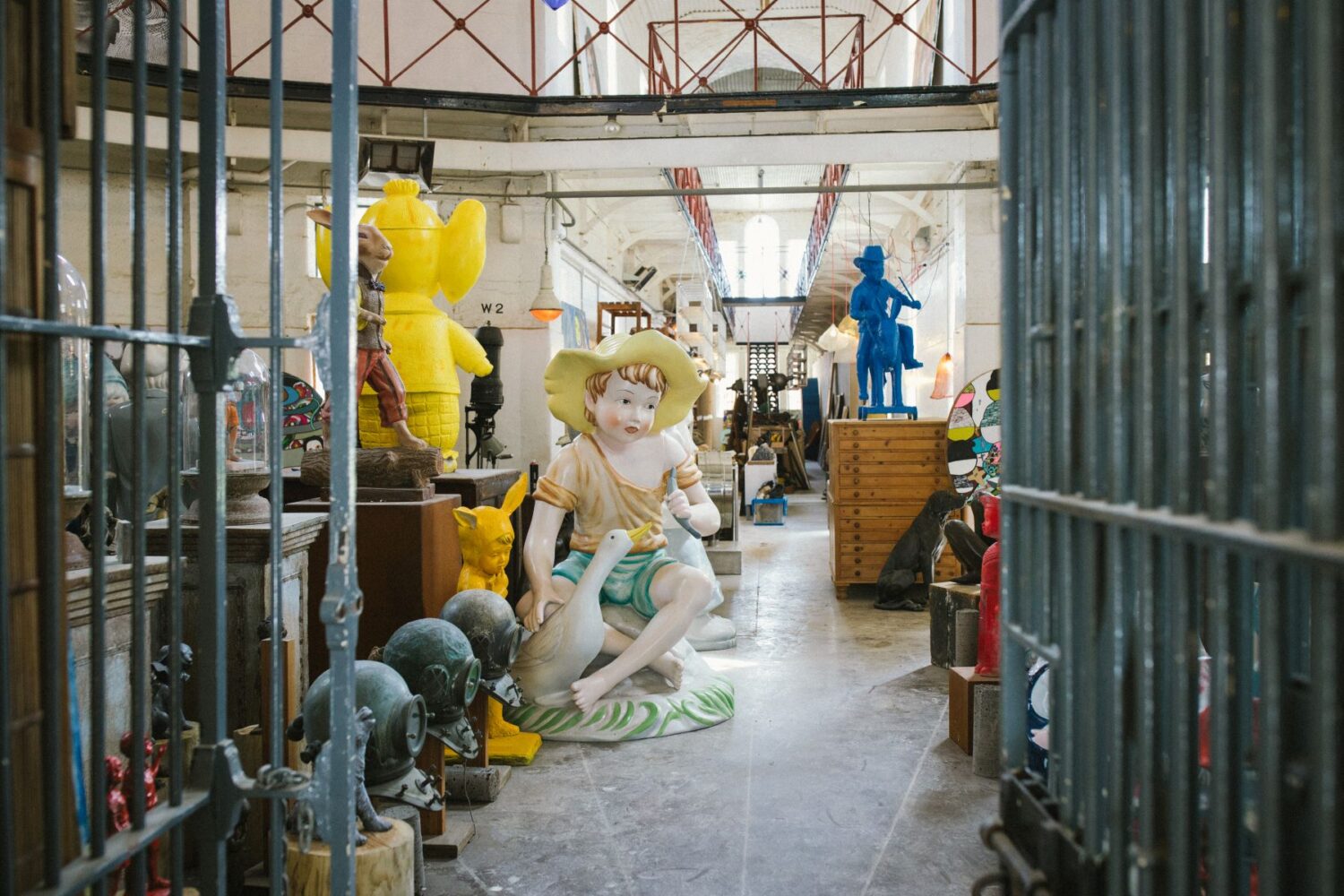 As an artist you are constantly searching for streams of inspiration, like a miner you hope you won’t just find a piece of prized gold or opal but rather a large deposit, a series of paintings or sculpture that grows and expands on a theme that has many facets. When we purchased the old Castlemaine Gaol two years ago we were, as we are with many things, happy to let it evolve…

In days gone by, the gaol sat as a reminder to locals that you do not want to end up in one of the claustrophobic cells, which for most of its existence had windows without glazing, so if the already chilling breeze didn’t cut through you, a gust in the wrong direction could send the rain right into your cell. Some have found the interior of the building somewhat foreboding, as did we when we first entered the space, which is set up like many American prisons. Even more so having read about the gaol’s history – ten people were hung there and then buried standing, facing the wall in the courtyard so that the offender could not tread forward even in the afterlife. Its very being is that of a gaol, obvious to just about anyone that architecturally that’s what it is, but we wanted to play with the story.

Then Yuge had a remarkable idea, which was partly based on Damien Hurst’s ‘Treasures from the Wreck of the Unbelievable’, the wonderfully named and in our eyes remarkably made film and exhibition, presented like a magical fairytale meets gothic Jules Verne journey to the depths of the imagination. The exhibition at Palazzo Grassi in Venice incorporated a myriad of works from dramatic small pieces to gigantic multi-media sculptural works that overwhelmed even the largest of spaces. Using the gaol to house our collection, add to it and allow it to be seen, begged the question – would it have some narrative with the gaol’s history? Well, in our eyes and souls the gaol speaks for itself and so our ideas evolved to allowing what is obvious about it be just that, but throw in many more playful and imaginary takes on scenarios related to a gaol, whilst also doing some things that are just about an iconic building which already captures your attention, sitting at the top of the hill overlooking the town.

As is often the case with our ideas, the original thought to go with a lesser amount of large scale pieces ended up with us bringing in truckload after truckload of our collection. This is based in a great passion for art, craft and design and a treasure hunting obsession for anything – Japanese ceramic through to bronze buddhas, modernist sculpture through to old theatre projectors… and so the working title has become The Bromley Collection at the old Castlemaine Gaol.

To present the collection we have endeavoured to take the gaol from spooky and a reminder of oppressive confinement, to an almost ‘A Midsummer Night’s Dream’ meets ‘Edward Scissorhands’. It’s an eccentric collection with some key pieces ranging from a huge Japanese ceramic collection anchored in some Australian classics, from Shigeo Shiga and Derek Smith, to paintings by Charles Blackman, Dale Frank, and Jenny Watson through to Bernard Buffet. Then there’s sculpture, from old French lead coated cherubs to the pop playfulness of Thailand’s Udon Taipenich.

There are a substantial amount of Bromleys in there too, but as in our home, they are paired with many diverse things which help to perhaps show that our collecting is as much of passion as making art is. I’m not sure how many know of, or saw, Andy Warhol’s own personal collection, sold through Sothebys – with a 3 volume set of catalogues? Or David Bowie’s more recent collection sold through Sothebys (?), which I must say would be feigning false humility if I didn’t let it be known I was proudly in that Bowie collection. Their collecting, especially Warhol’s, is somewhat of an inspiration to us, as it also is with other people we know whose obsession with collecting has taken on a life of its own. 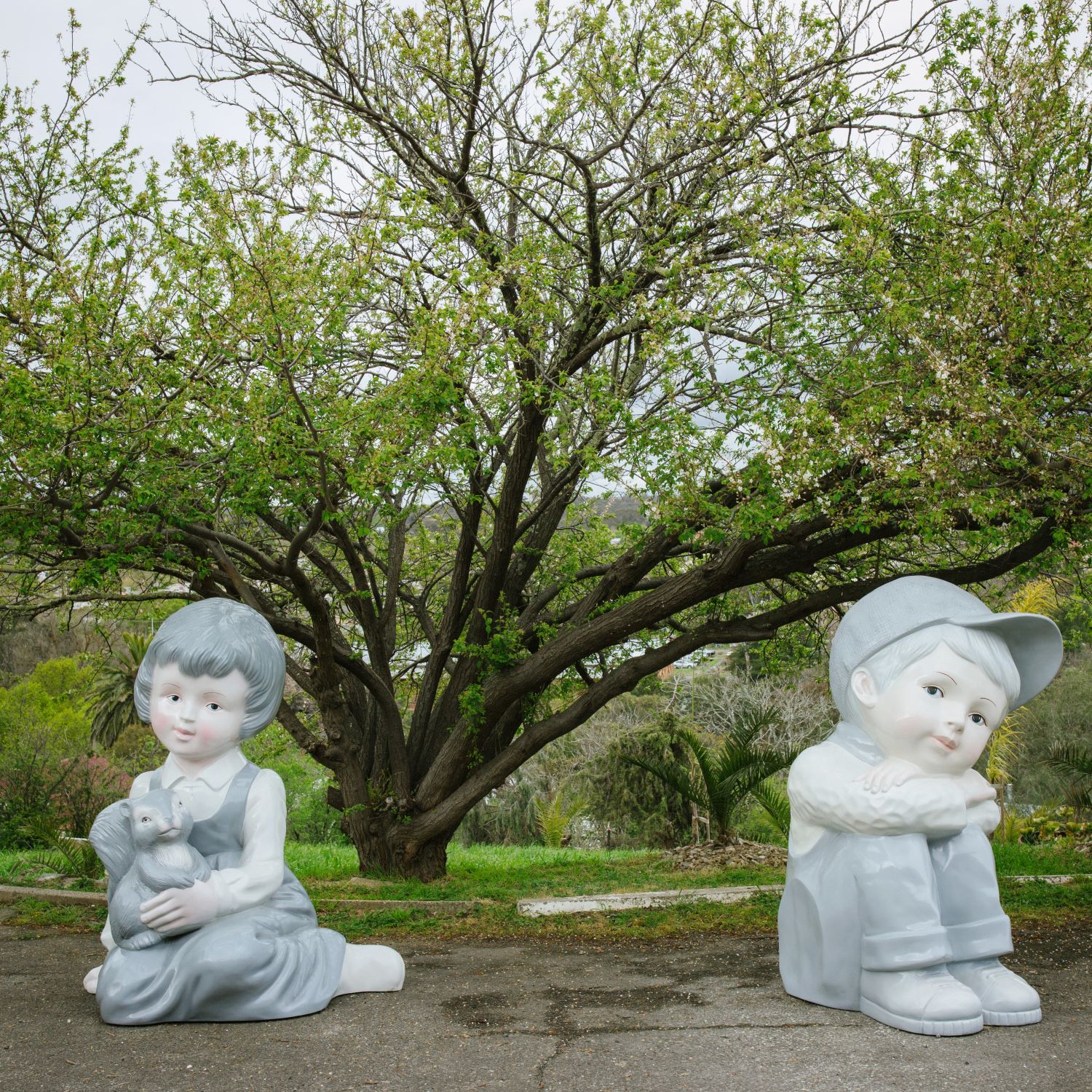 “ We have endeavored to take the gaol from spooky and a reminder of oppressive confinement to an almost Midsummer Nights Dream meets Edward Scissorhands.” 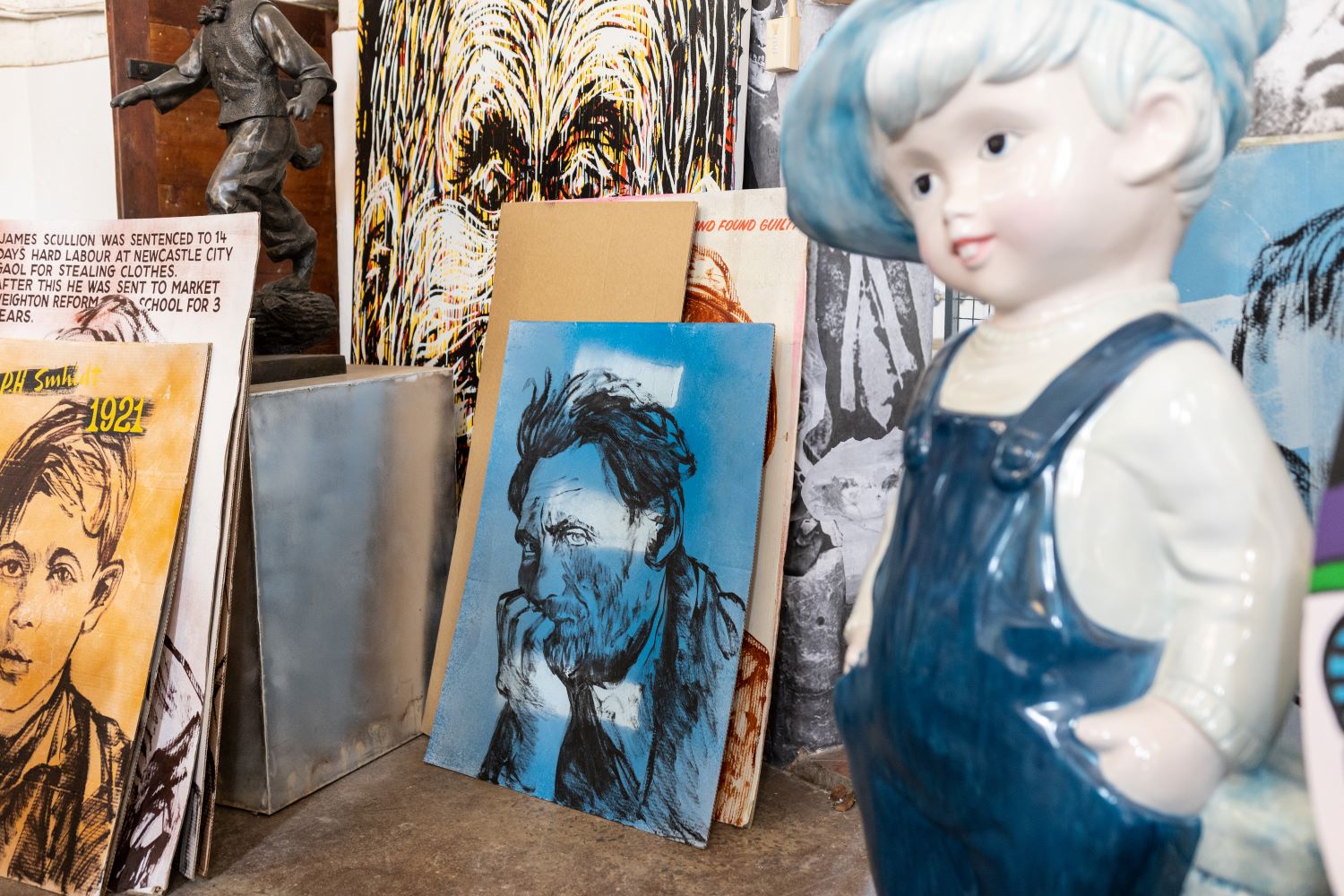 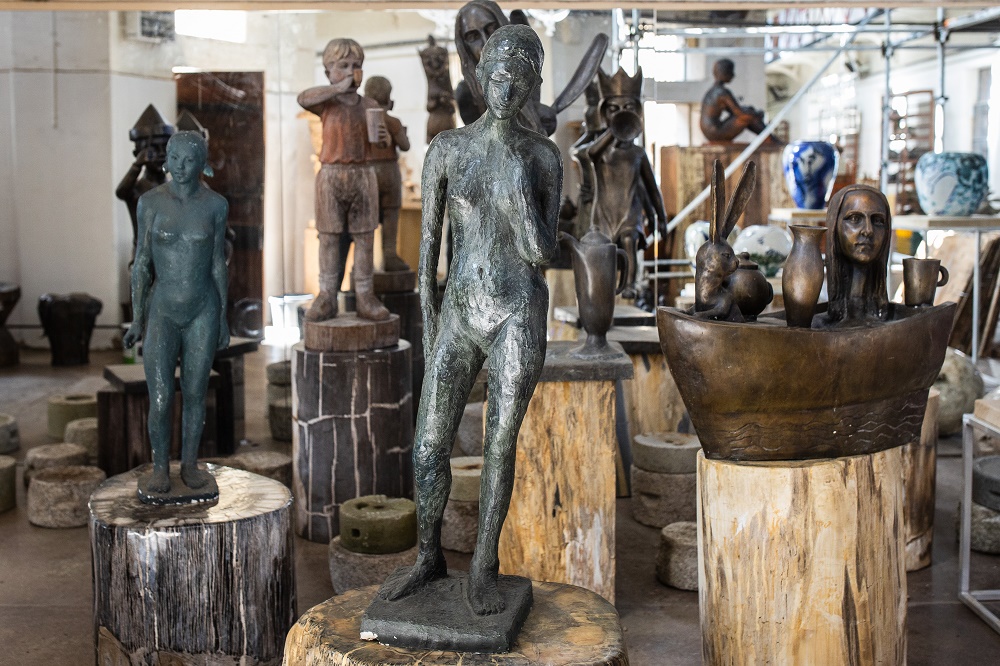 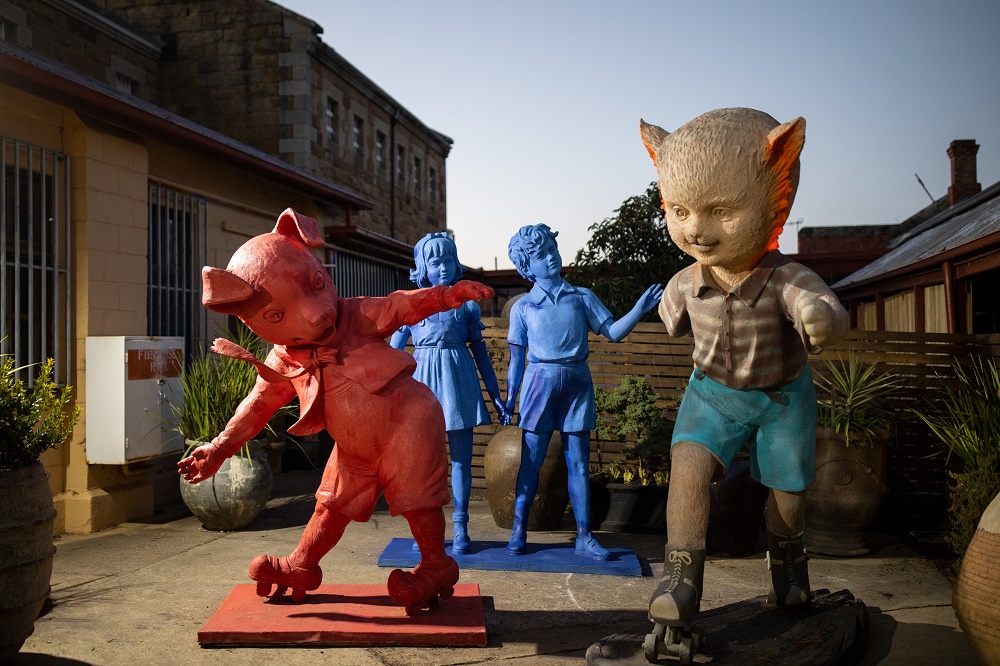 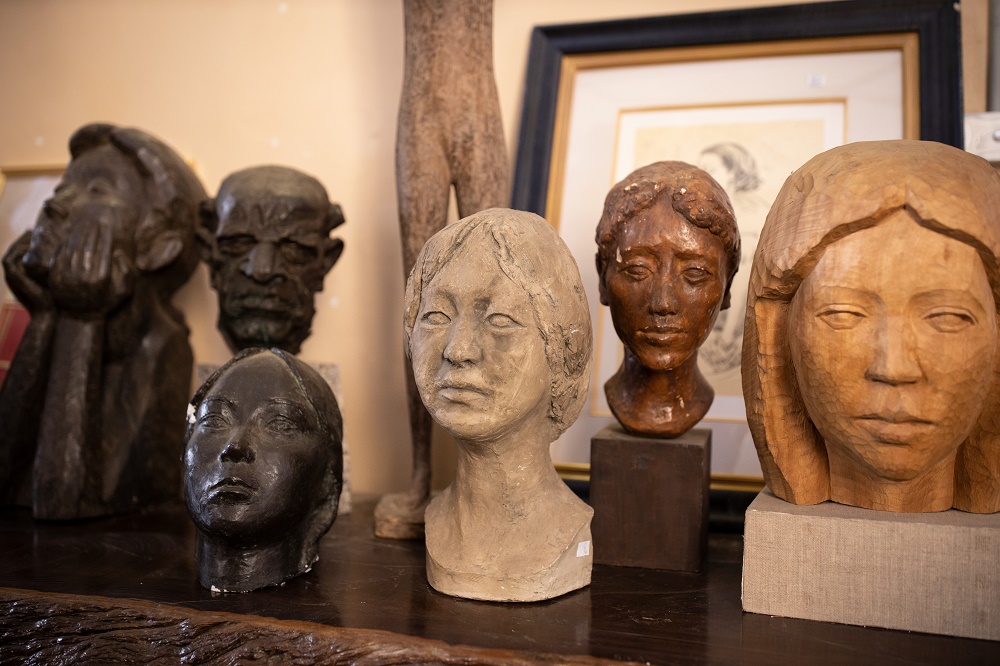 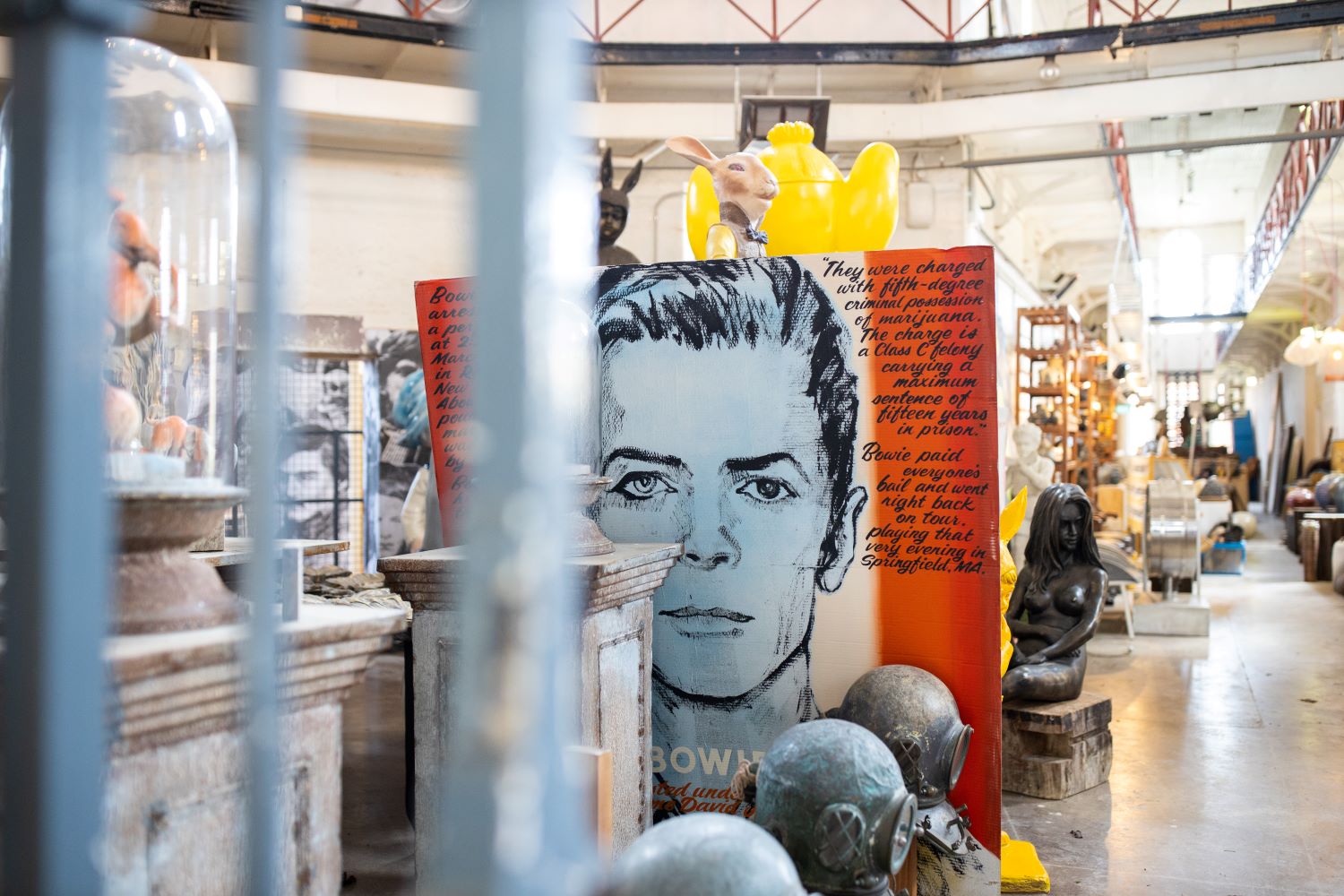 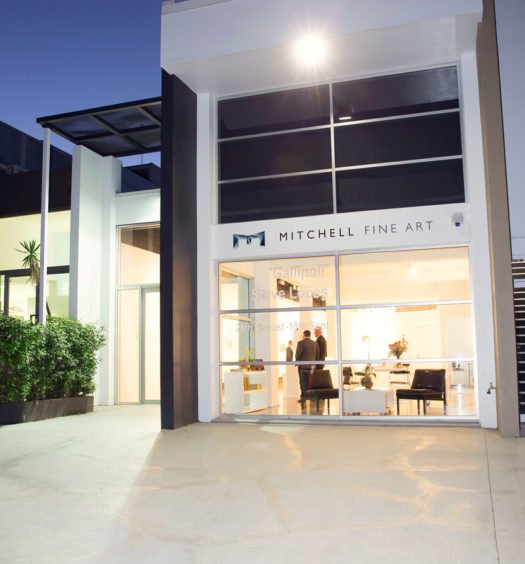 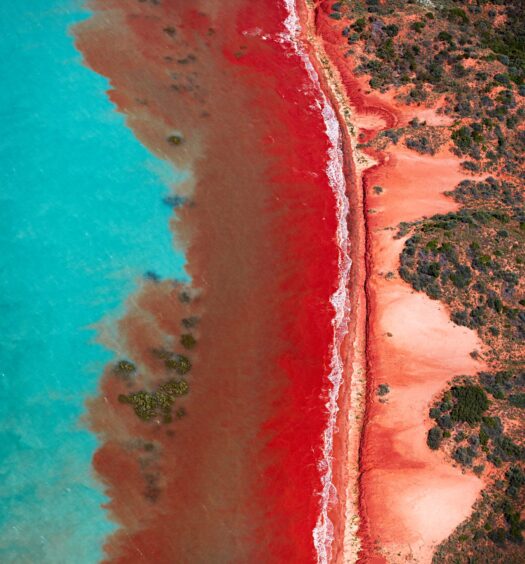